The IKEqC has gone through a number of changes for this year.  But one of the things that has not changed as been our focus.  The IKEqC began much like the Inter-Kingdom Archery Competition did.  To fill a need for competing in small numbers across a big peer group.  By building a framework where any rider, anywhere in the world can compare scores with themselves or other riders, it is possible to compete against gentles and horses you will never meet.

IKEqC scores have declined in recent years, and one reason offered was no one was offering IKEqC at their events.  It was decided to encourage official group equestrian practices to submit IKEqC scores to help all those that wish to compete have more chances to do so throughout the year.

This option for IKEqC is starting to cause misunderstandings with some of the newer equestrians that have joined the SCA in our lean years.  This post will tackle that.  Mainly the difference between an Event, a Practice, and a Tournament, particularly because the IKEqC Rules require Riders and Horses to compete in garb, which might not be the usual case for other sorts of practices.

A Tournament is an organized series of contests, resulting in a champion at the end of the Tournament.  By SCA tradition, Tournaments tend to be the big draw for an event, in fact some events are run just to host a specific Tournament, and these have a lot of rules around them, such as Crown List.  To make matters worse, the term tournament has been often misused to cover any sort of contest of arms.

Hosting IKEqC games at your group’s official practice is at its heart a local affair.  Our rules require these practices to be a group’s officially sanctioned practice, open to all, and advertised.  This might lead one to think that it is in fact a low-key event-facsimile, it is not.  IKEqC games run at an official practice are not attempting to be an Event, as defined in Corpora.  Incidentally, the IKAC also accepts scores made at practices too.

Hosting IKEqC games at your event is a bit more work, it also becomes a piece of a larger whole.  It takes far more people and work, most of which will have little or nothing to do with the horses.

Both means of participation generate scores, and the IKEqC Council sees no reason to view the scores from either sort of gathering different from one another.  This is not always true in other areas of the SCA, where a practice is just practice and anything that counts only can only happen at events.

Another point of confusion is that because we are the Inter-Kingdom Equestrian Competition we must be a Multi-Kingdom gig!  The average group practice or event is not the Multi-Kingdom gathering like Gulf Wars, Pennsic, or so forth.  Even if you have a rather large number attend your practice, it is not anything like Gulf Wars.

The actual IKEqC Tournament is both online, and runs all-year-long!  By contributing scores, you are a part of that Tournament and will be able to see your contribution.  Each Practice or Event where scores are gathered are much like the smaller qualifier events that some sports run to winnow the field before the last big competition of the season.

While I don’t quite go back as far as A.S. dirt or Freon-can helms being finally phased out.  I do remember hearing about them when I got my start in 1990.  I remember pickle-bucket armor and what was locally refereed to as ‘carpet-mail+1’.  I have a certain look at things that is colored by my time in and out of the SCA.  These new people in the SCA getting interested in horses and the IKEqC is truly a blessing, and the sorts of confusion this blog post addresses is only the growing pains of an adolescent sport within a mature community.  What great things will we see these new people bring to our common dream?

In closing, please feel free to refer anyone with worries that your trying to run a major event on short/no notice to this blog post, and our official email address “ikeqc (at) scaikeqc (dot) org”.  If your Kingdom has rules on what may or may not happen at official group practices, and it prevents you from running IKEqC please let us know.   –Sandor 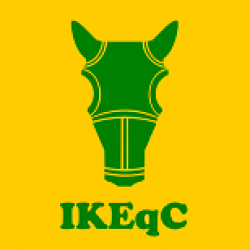 Its so exciting to already have ten scores, from Mounted Archery no less, to show you!  Gavin showed really well and with a solid score of 70 points!  How did this happen?  Well, I’m glad you asked… END_OF_DOCUMENT_TOKEN_TO_BE_REPLACED

Many, many years ago, on one storied May Day in 1966, the SCA came into being.  So on May the First, 2017 Gregorian, the SCA will enter its Fifty-Second year, or as the hearlds all say (with various methods of pronunciation) Anno-Soceitatus Fifty-Two.

The Inter-Kingdom Equestrian Competition is moving ahead with our rejuvination plans, and we even have a few scores from Gulf Wars XXVI.

We are dealing with a few issues with Birjas and generally giving the ole’ place a really deep spring cleaning so I hope you’ll forgive us if things look a little off when you first visit.  I promise things are looking up for a bright future for the IKEqC